It’s About Time, out tomorrow on PS4

Ready up bandicoots, Crash is back! Developed by Toys for Bob, Crash Bandicoot 4: It’s About Time is available October 2 on PlayStation 4.

Picking up after the events of Crash Bandicoot: Warped, Neo Cortex and Doctor N. Tropy have escaped their interdimensional prison with villainous plans for domination. Now it’s up to Crash and Coco to prevent them from conquering not just this dimension, but all dimensions!

Crash Bandicoot 4: It’s About Time marks the first new installment in the Crash series in over 10 years and is a direct sequel to the original trilogy.

Read on for more details and highlights before you jump in and experience this all new, original adventure. 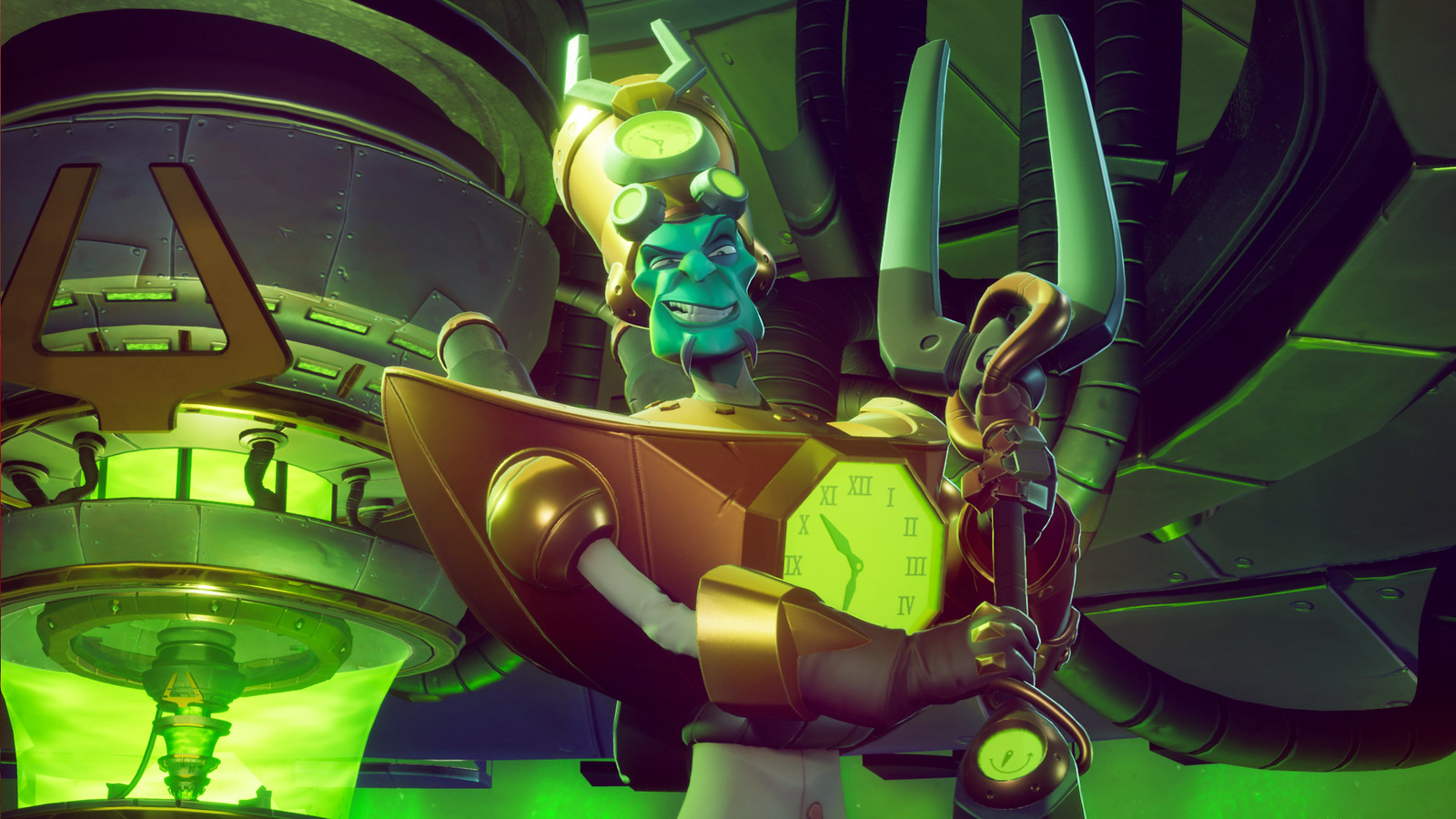 Playing as either marsupial, players will be able to jump and spin alongside new gameplay mechanics like wall running, rail grinding, and rope swinging to complete levels and defeat tough bosses. The addition of Quantum Masks gives the bandicoots even more abilities to stop Neo Cortex and Doctor N. Tropy and save the multiverse.

Known as the Guardians of Time and Space, four Quantum Masks have been awakened to aid Crash and Coco in their quest to save the multiverse:

Crash 4: It’s About Time features multiple ways to play through levels – Modern or Retro. Plus, replay levels in the N. Verted mirror mode, and unlock Flashback levels to learn more about Crash and Coco’s past.

Before you hop into the action, you can choose your preferred playstyle – Modern or Retro. When you miss a step or get caught in a Nitro crate explosion in Modern, you’ll restart at the last checkpoint. In Retro, you’ll have a set number of lives. Collect more lives while you play, but if you run out, you’ll restart the level at the beginning.

Note that your playstyle (Modern or Retro) does not affect gameplay difficulty or any reward progress, and it can be changed in the Gameplay Options screen at any time.

Want some wackier play options? N. Verted mode is a Bumpa Berry fueled mirror mode that gives you a completely new way to experience each level. Encounter a creative revamp with new art styles like a coloring book or old-timey films. Some changes even impact the way you’ll play a specific level.

Hungry for the toughest platforming challenges you can get your hands on? Scattered throughout the game, Flashback Tapes lie along various main path levels. However, you can only collect them if you can reach their location without dying. These tapes unlock Flashback levels that take Crash and Coco back in time to the ‘90s to encounter Neo Cortex’s most challenging crate puzzles. 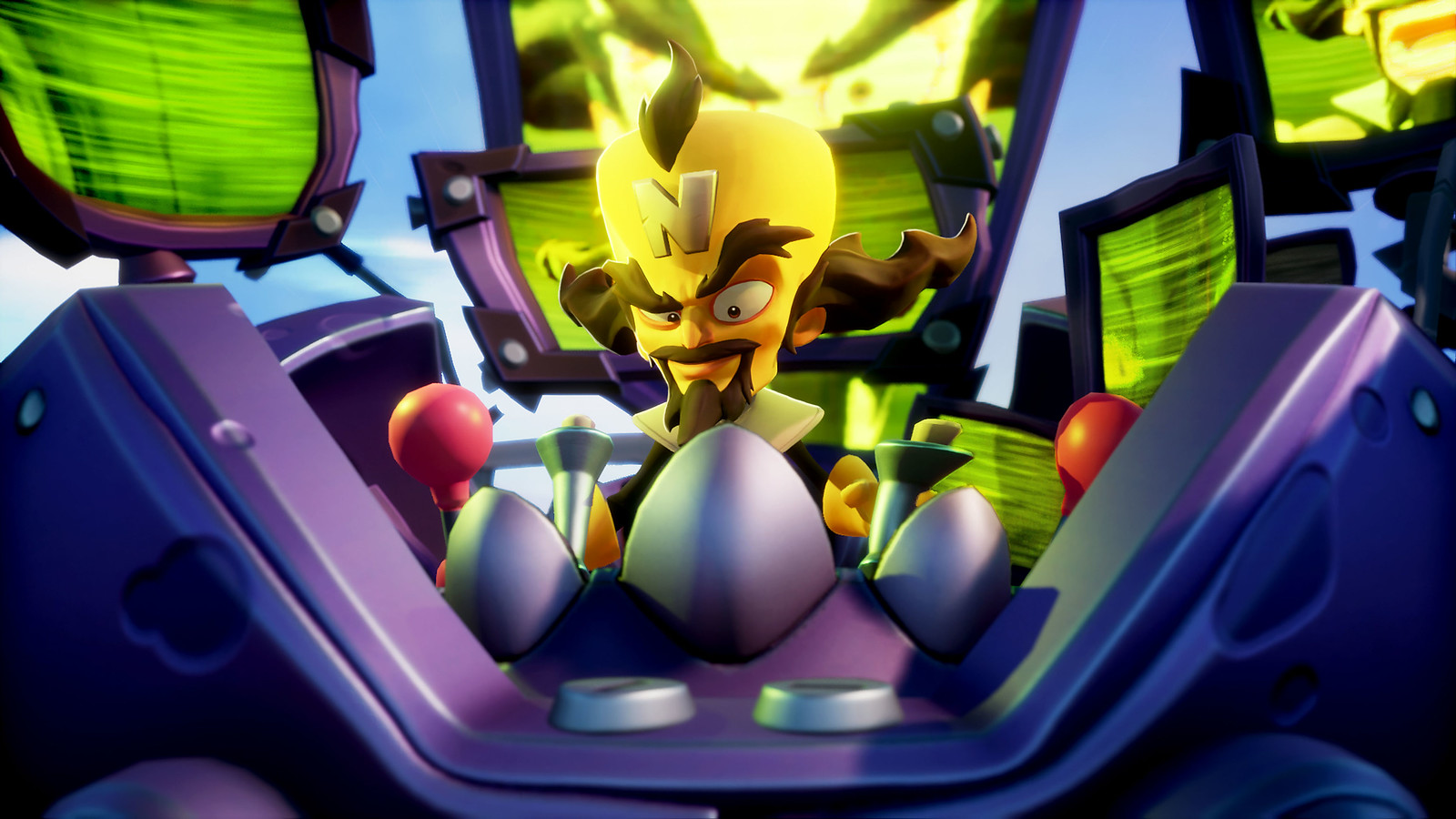 Learn more about the narrative and get a new challenge by replaying through a different character’s perspective in Timelines. Timelines are designed for each character’s unique abilities and become available for certain levels upon completion of their main path counterpart.

Pass the controller and play with friends

Grab a buddy or two and queue up for Bandicoot Battle, a local competitive mode where 2-4 players can compete head to head. You can play for speed in Checkpoint Races or high score in Crate Combo. If you want to save the multiverse together, choose Pass N. Play and take turns progressing through levels. All modes are single controller based, so you’ll only need friends and maybe a snack or two for when the going gets tough. 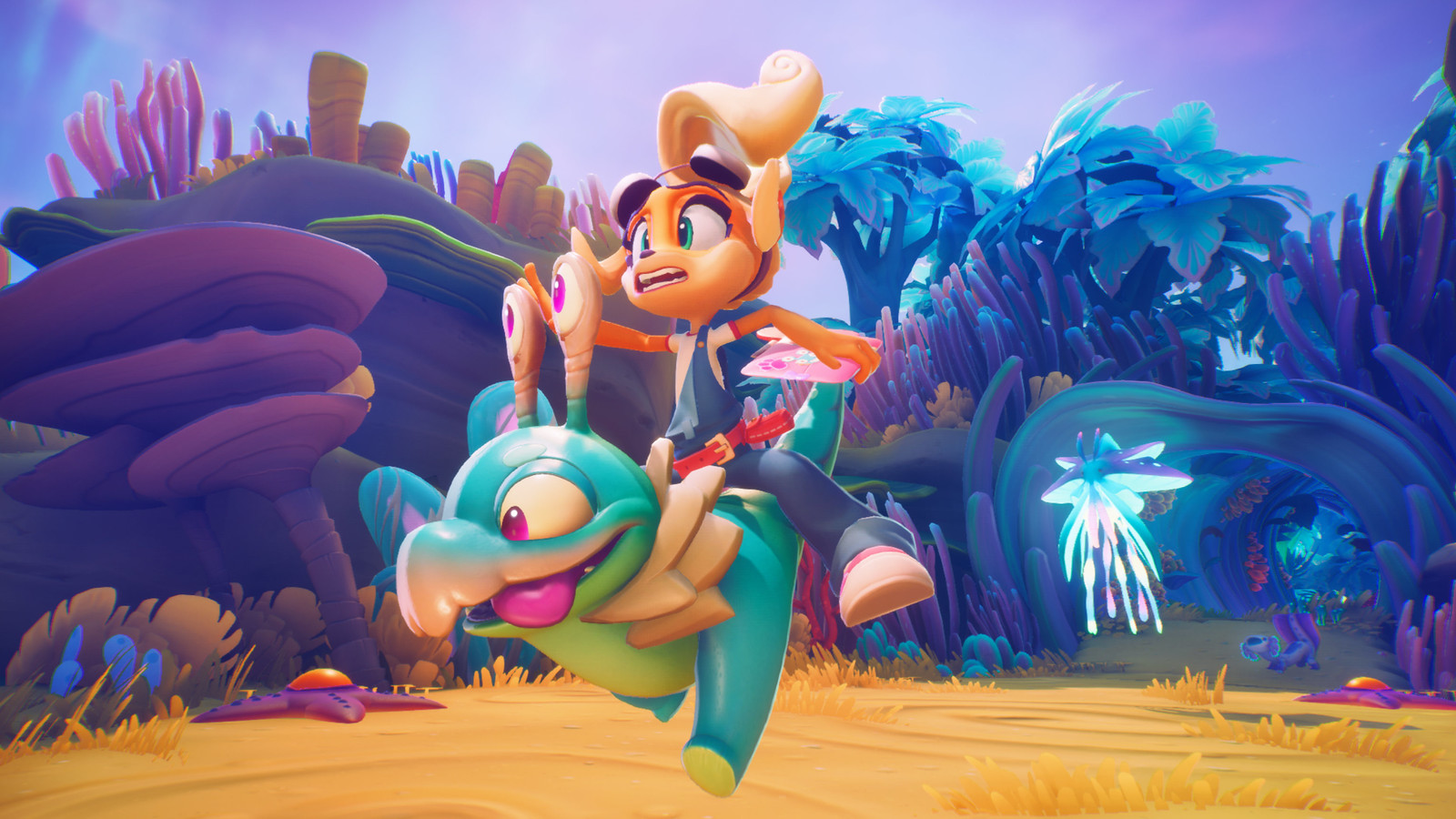 5 tips to save the Multiverse

1. Look Good, Feel Good. Each level has its own unique skin which can be unlocked. Get on the hunt for gems and play the level in N. Verted mode for additional gem collecting opportunities.

2. Choose Your Playstyle: Retro and Modern modes have the same gameplay difficulty, but in Modern, you’ll restart at your last checkpoint. Consider changing modes in the Gameplay Options screen, if you need it, then get back to business bandicoot.

3. A Fresh Perspective: Timelines take place on the same level but may take you to an entirely different starting point. Look for a unique and fun experience tailored for a specific Timeline (Tawna, Dingodile, or Neo Cortex).

4. Completionist Crate Hunters: Don’t just check the main path. Examine  every side path and corner to find some crates that might be hidden along the way . Consider playing with friends to have more eyes looking out for those pesky crates.

5. A N Sane Time. Crash Bandicoot 4: It’s About Time has masks, new mechanics, and more for a fun and crazy platforming experience. Get playing and discover expansive new worlds, unexpected allies, larger-than-life boss battles, and oh so much more!

Get fresh new looks with Time-Shattering Skins first* on PlayStation

Personalize your character to fit your style with wacky skins to match every occasion. Skins are unlocked by collecting gems, which can be earned by completing challenges within each level: destroying crates, collecting Wumpa fruit, and more. Plus, you can earn even more gems when you play N. Verted mode.

Players can unlock time-shattering PlayStation skins for Crash and Coco the “Marsupus Erectus” and “Serious Upgrade” when they complete the second level.

Join Crash and Coco and save the Multiverse!

Crash Bandicoot 4: It’s About Time will be available October 2 at PlayStation Store. Get the game digitally and receive the Totally Tubular Skins (available upon completion of the second level), which put Crash and Coco into some digs that shows off their radical 90s roots.

*2x “Marsupus Erectus” and 2x “Serious Upgrade” skins available on other platforms no earlier than December 31, 2021

A Big Adventure, coming to PS5

Slam, smash, and boost your way to fame in Destruction AllStars, coming to PS5