Hi, I’m Warren Arnold, a Director at Jackbox Games and in case you haven’t heard, we’re launching The Jackbox Party Pack 7 at PlayStation Store tomorrow! Seven Party Packs! How DO we do it? A lot of hard work, deep dedication and a spring of ideas.

In all seriousness, what drives our innovation is that we love to play games with each other. You might not think that a game company built on fart jokes has fun, but we do! And the great thing about playtesting at Jackbox is that you trust everyone here to look at your idea and give creative and uplifting notes that hopefully gets a game across the finish line and into a Party Pack.

While I have at least part of your attention, let me give three examples from The Jackbox Party Pack 7 of how ideation and playtesting helped elevate some already great game ideas.

First, let’s take a look at Quiplash 3, which features a brand-new final round called Thriplash. Once we decided that there would be a new entry in the Quiplash library, we quickly decided that we would try a new structure for the final round. We had company-wide meetings that focused on what we liked about earlier final rounds and what we thought we could do to take Quiplash’s final round in some new directions. 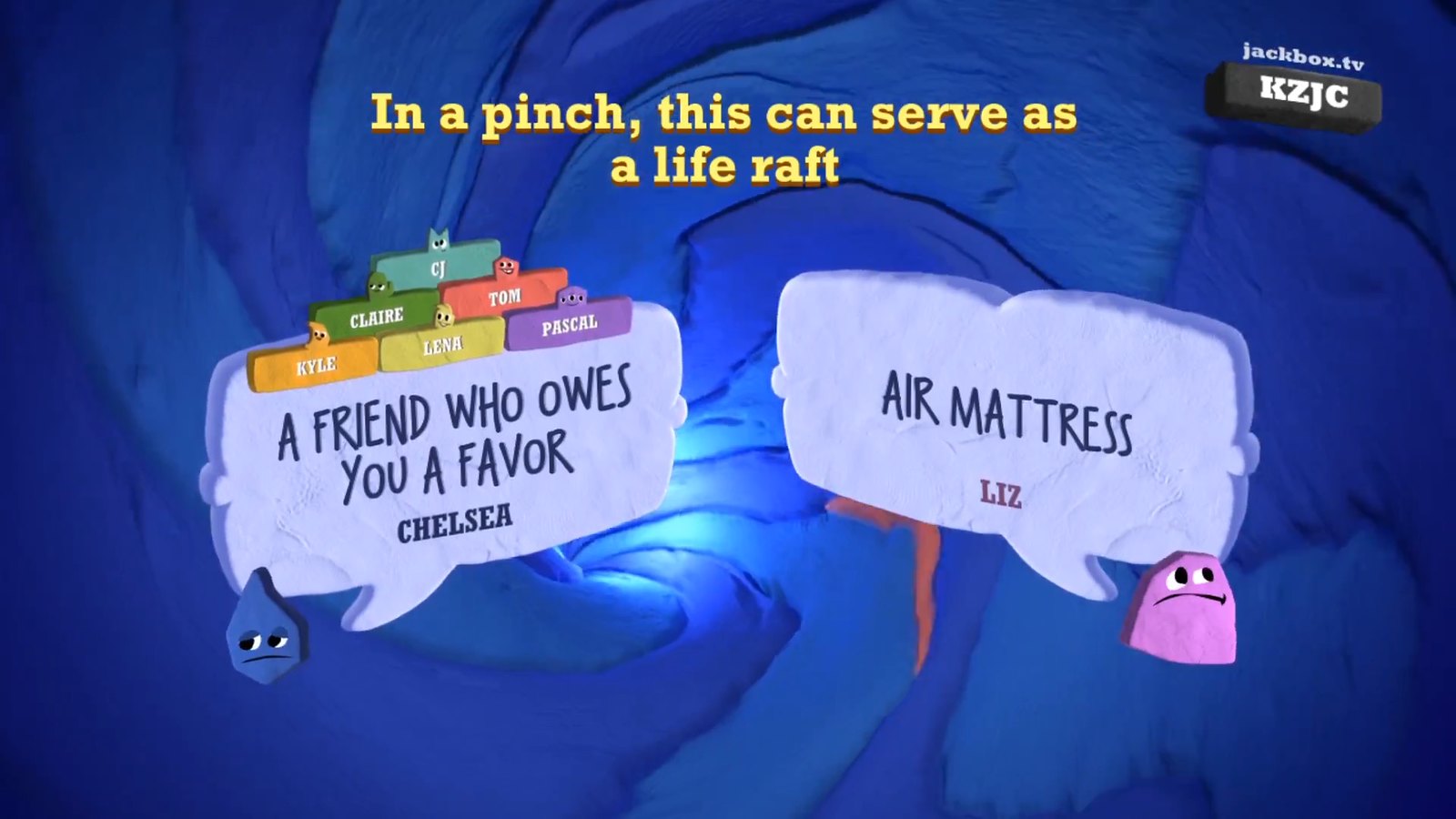 Many ideas were pitched and many were playtested before we landed on a classic tentpole of comedic structure: the rule of threes. On the surface, it seemed like a natural progression from asking players to create one joke for a prompt, to asking them for three. It playtested well, but we could tell it was missing one final piece: the reveal. Initially, the text appeared all at once, but a brilliant comment resulted in the text appearing one, two, three, which really helped the third part of the joke land. While we were happy with older versions of Quiplash, opening up an old favorite to new ideas really helped us find a simple, yet elegant final round.

Playtesting was also huge for Champ’d Up, an energetic drawing game where players create characters who battle it out for titles like “The Champion of The Graveyard.” In the first round, one player knows the title and the other has to create a challenger by only seeing their opponent. So one is left to wonder what sort of title a fancy duck or a muscular robot might hold before they create a challenger. 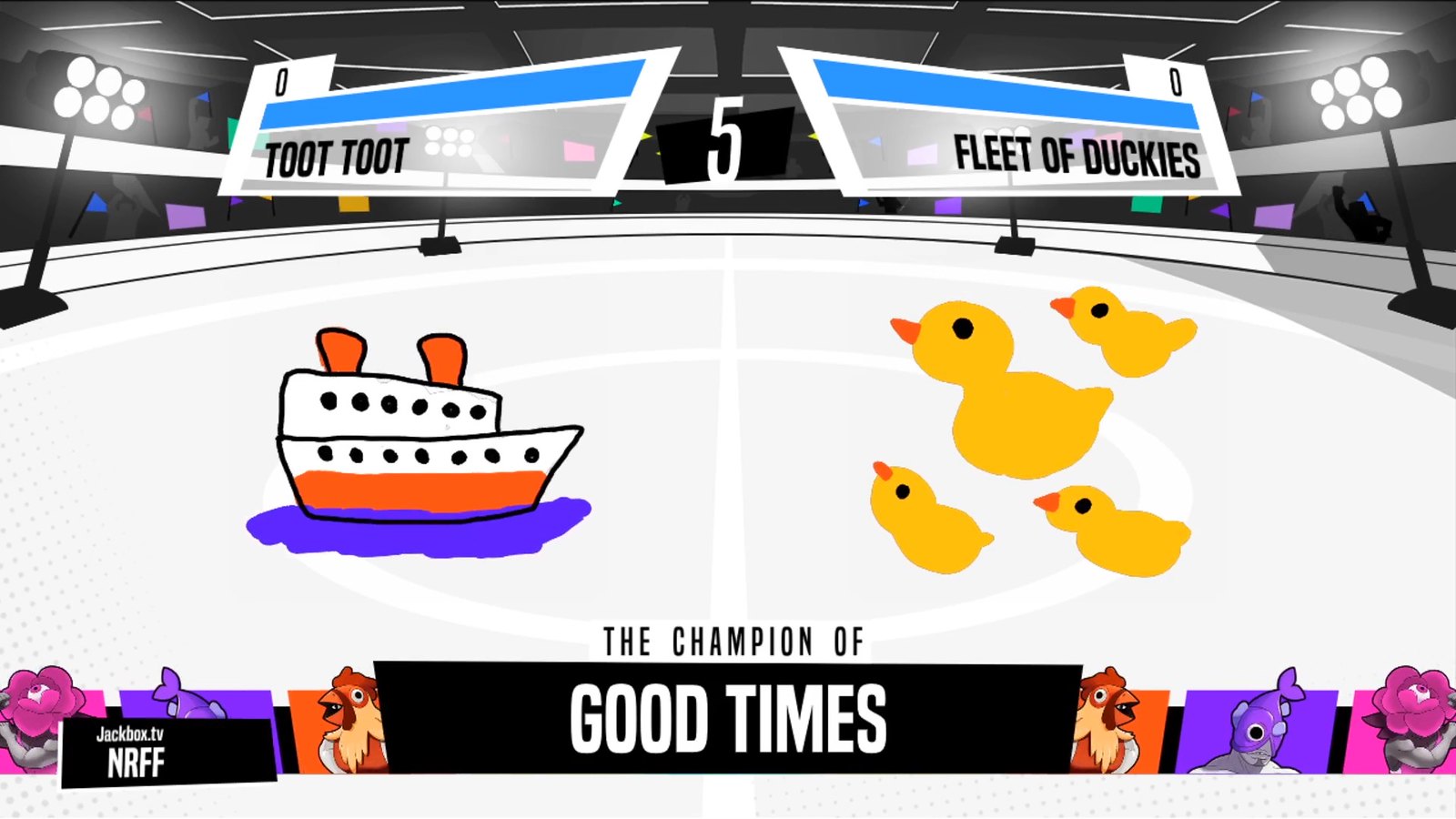 The team could’ve stopped there but they wanted to raise the stakes in the second round. So, they took what was already working and made some slight adjustments. Through several play tests, they discovered that adding a round where neither player knew what title they were competing for made for some hilarious matchups and really raised the energy in the room. By heightening what was already there, the playtests immediately proved that we had a winner.

The Devils and the Details

And last but certainly not least ambitious is The Devils and the Details, a cooperative game where players provide instructions to each other as a family of demons living in the suburbs. Just like any other family, they’ve got a crushing amount of mundane tasks to perform throughout the day. The Devils and the Details is heavily dependent on the controller to complete the family’s task, so the team had to test each unique chore to make sure it added to the building energy of the game. 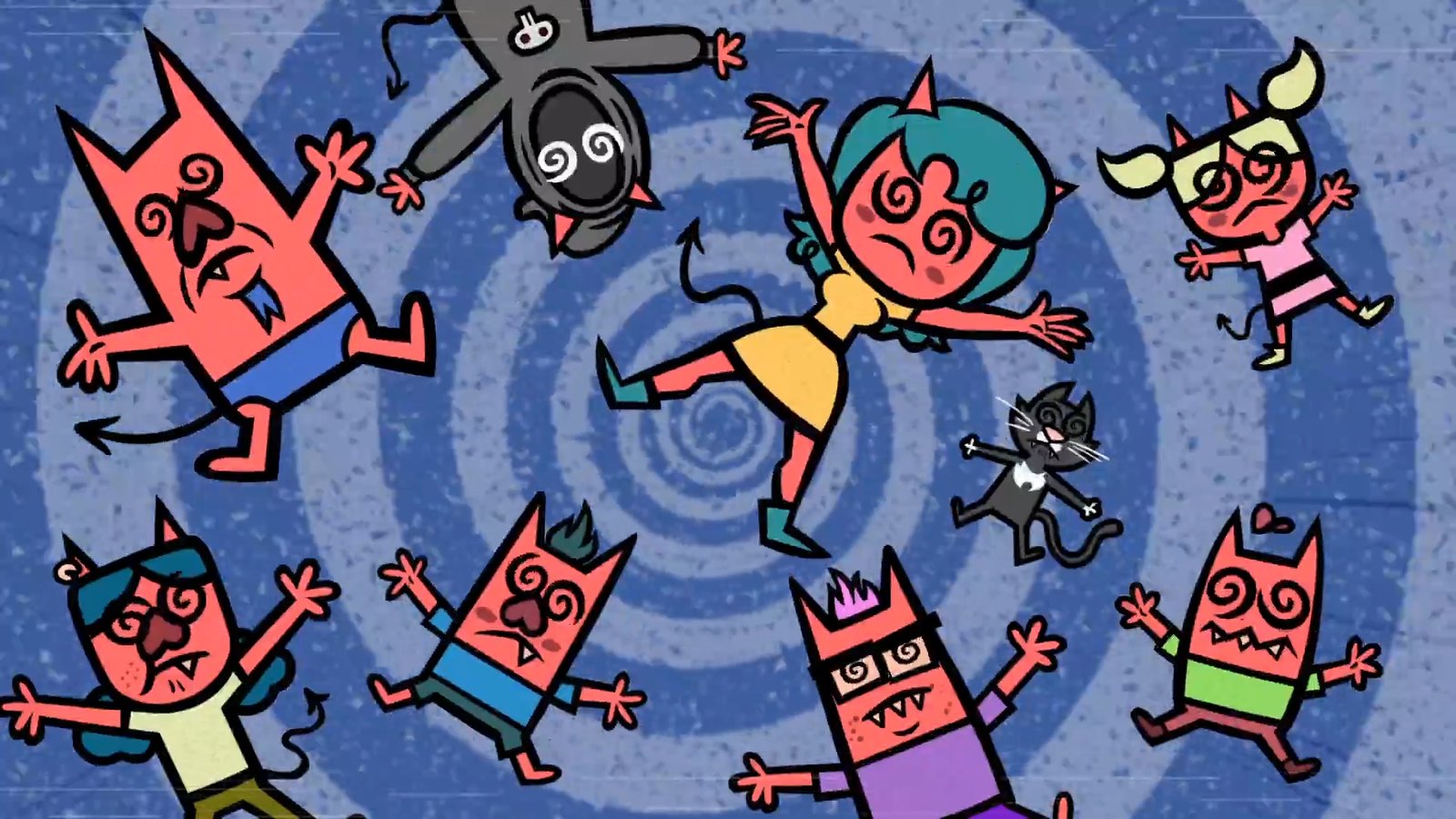 Chores, like driving the kids to school, require one player to monitor the GPS and shout directions to the player driving the car. Lost a sock? One player has to describe the sock, while another swipes the rest of the laundry out of the way on their controller. Each task needed to be properly ordinary but have a compelling action on the controller. And how did they find out what worked? Have you not been paying attention? Geez. Playtesting.

Each of these games greatly benefited from the time and effort put into them by people who really love what they do. Hopefully, you enjoy playing them as much as we here at Jackbox Games enjoy making them.