One thing that always struck me about the bosses of Demon’s Souls is their sheer variety, with each of them designed to make you feel inconsequential and outmatched – small against the Tower Knight, slow against Penetrator, funneled into a narrow space by the Armored Spider, with nowhere to run. Even your very first encounter, with the corpulent Vanguard, will test your mettle at the opening of your adventure. His sheer bulk and strength will overwhelm even the most skilled players. This first encounter sets up the trepidation and fear that will hound you each time you face off against a new and terrifying boss. But there’s an immense sense of satisfaction when you finally defeat them.

We were curious about which bosses were most memorable to our friends and colleagues, so we asked a few of them which were their favorites. Here are a few anecdotes from those who have suffered and triumphed before, including myself.

Out of all the abominations that pour suffering upon the land of Boletaria, the most iconic for me is Penetrator. The counter-opposite to the lumbering Tower Knight, Penetrator is all about deadly, quick attacks. His appearance is striking in his amazing silver armor with red accents, and his darting sword is lethal. He is a true warrior, and that’s why I enjoy this battle the most. It’s a pure match of skill and reaction, mano a mano. Simple and elegant. And it’s the most rewarding feeling when you defeat him. 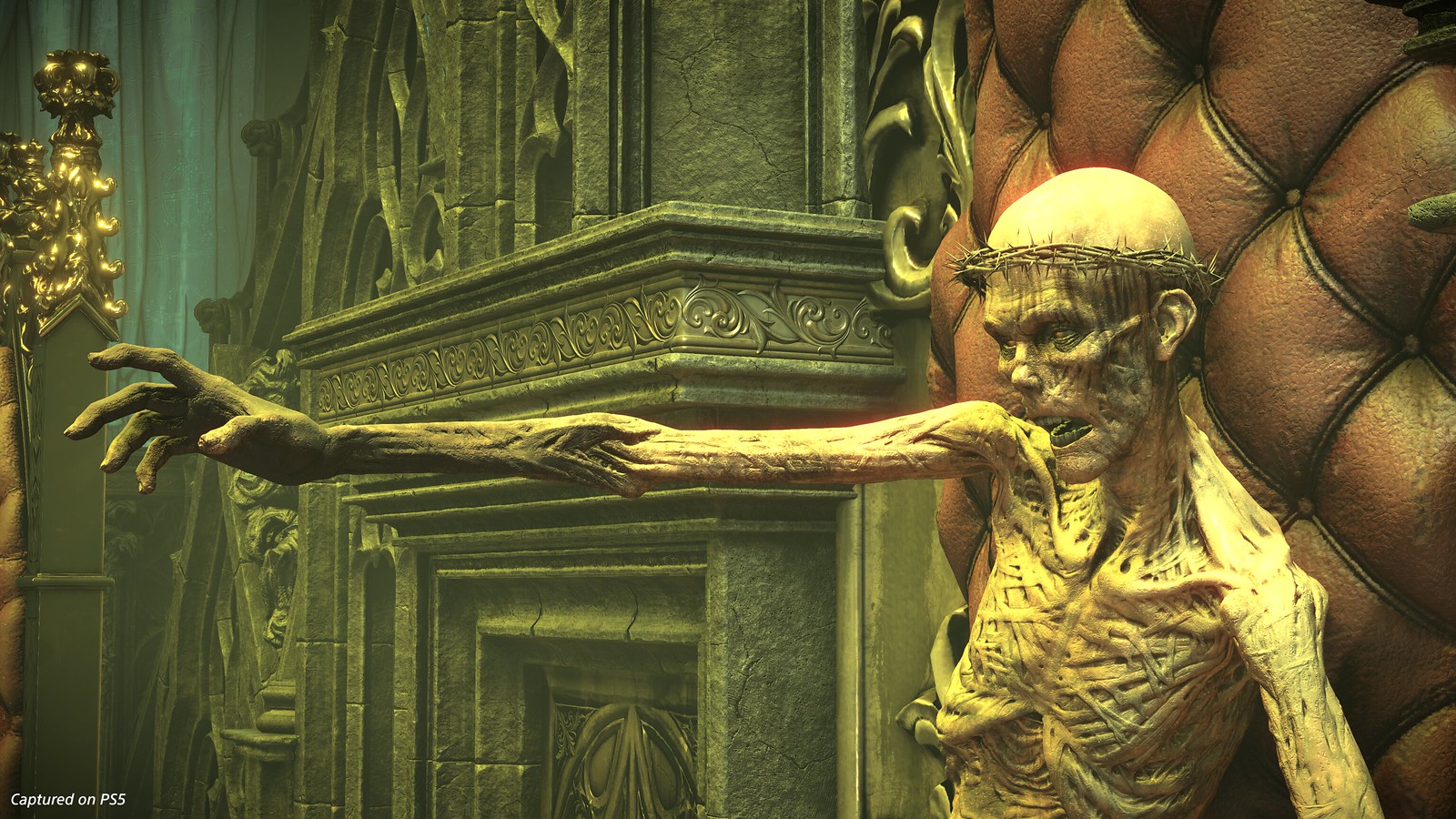 The Old Monk is the shadow behind the power that lurks within the Tower of Latria – the creator of the horrors within, and the ruler who throws those who defy him into the Prison of Hope. But his old and decrepit body is not strong enough to face you in combat, so with his last breath he calls upon a champion, enveloped in the monk’s golden robe of power. This apparition is who you will fight to the death, striking at you with unpredictable fury. I enjoy this boss the most because it is the most challenging, acting almost as if human. And every time you play this battle, it’s never the same. 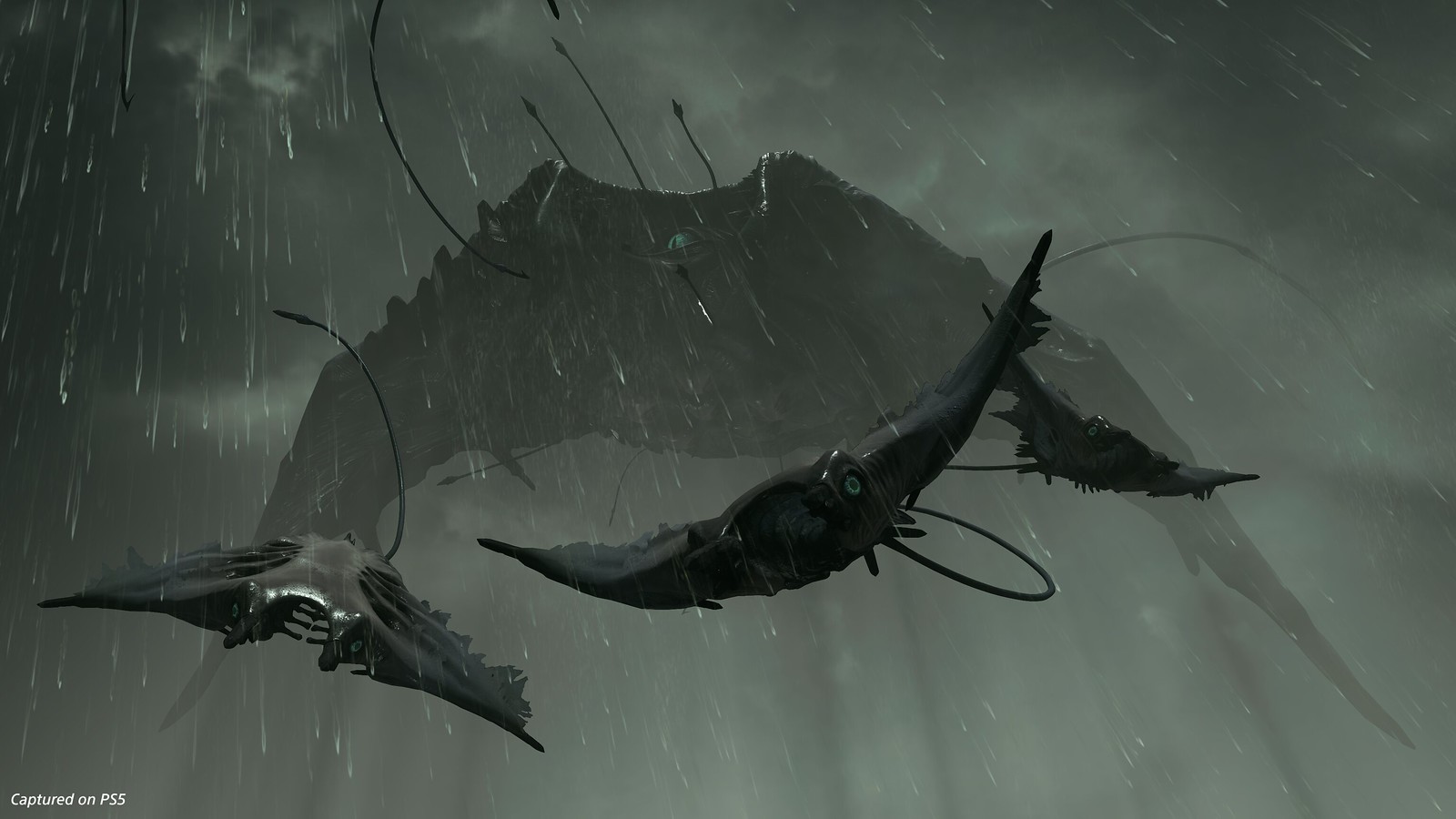 My favorite fight is the Storm King.

From the instant the intro cutscene starts, you know that you’re in for one huge and unique boss fight. Using the [SPOILER] to take down this archdemon is a memorable experience that thanks to the amazing sound design will not be easily forgotten. Bonus point: It also makes for one great place to collect souls.

My favorite boss is Storm King, the giant manta ray flying over Boletaria. When I saw it approaching and realized its enormous size, I was shocked in awe with my mouth whole open. “No way I can beat this,” I thought, and failed many times, hit by the icy spears that it shoots out. I eventually beat it, chipping away with spells and arrows. But when I realized I could use [SPOILER], which you can find in the level, and use it in a way with most extraordinary, fantastical effects, I was shocked in awe again, not by the fighting, but by the imagination of the developer to create this amazing boss fight.

Demon’s Souls has some very iconic bosses, but I believe there is one that stands out. Maiden Astraea is in a league of her own. While she might not demand the twitch reactions of her peers, her encounter is emotionally unforgettable. As you descend into her pit of despair and the music picks up you can’t help but question your intentions. Killing her worshipers causes self-doubt as to your purpose. The music, the atmosphere and the visuals all magically come together. While Garl Vinland is no push over it is the final act from Maiden Astraea that sticks with you long after the fight. I’ll never forget the words “Here… have your previous demon soul.” 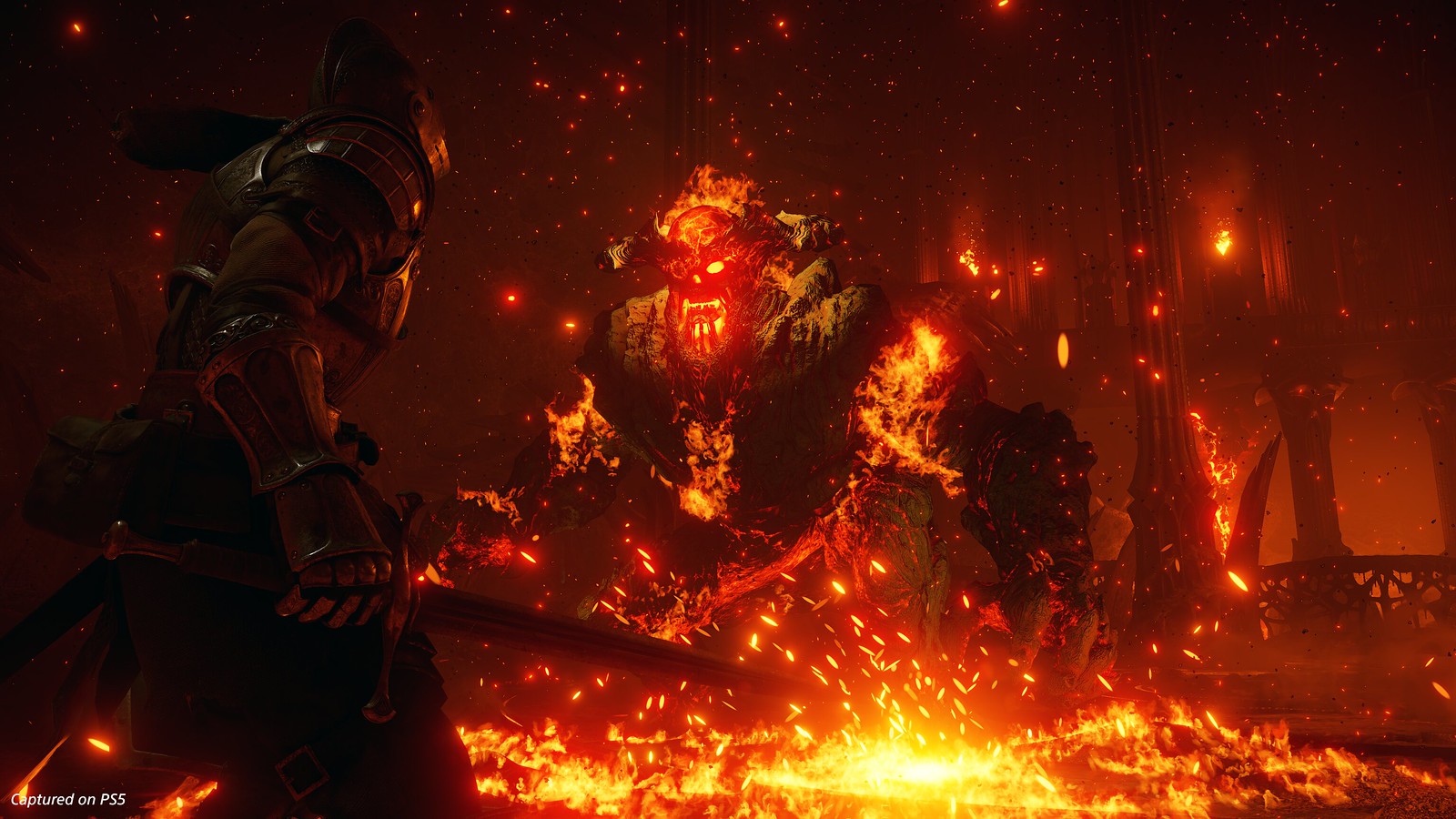 For me, the most formidable and satisfying boss in the game is Flamelurker. He’s fast and powerful which will test your skill and preparation. Fire resistance is a must and don’t get caught in the corners! There’s absolutely no room for error, so bring your “A” game! I remember finally defeating this hulking beast, I threw down my controller and started running around the house screaming like a madman with satisfaction. My family assumed that we had just won the lottery.

So as you can see, the bosses of Demon’s Souls are much beloved and vital to the essence of Demon’s Souls. So we knew when developing Demon’s Souls for the PS5, we would need to devote a great deal of time recreating all of these foes while making sure they retained their core identities and gameplay. It was essential that we breathed fresh new life into them, adding a huge amount of detail, not only to the way they look but also the way they move, making them more intimidating, threatening, and awe-inspiring.

All of these terrifying, incredible bosses are waiting for you to challenge them, from the smoldering Flamelurker, who will set you alight with one strike, to the blind Old Hero, where silence is the key to victory. Which will be your nemesis?