PlayStation 2020 Game of the Year: The winners

PlayStation 2020 Game of the Year: The winners

PS Blog readers declared Naughty Dog’s long-awaited follow-up The Last of Us Part II the clear champion this year, taking home nine total Trophies (many of them Platinum), but there are a few surprises among the results below. Read on to see all of 2020’s big winners, then hit the comments to let us know how you voted. 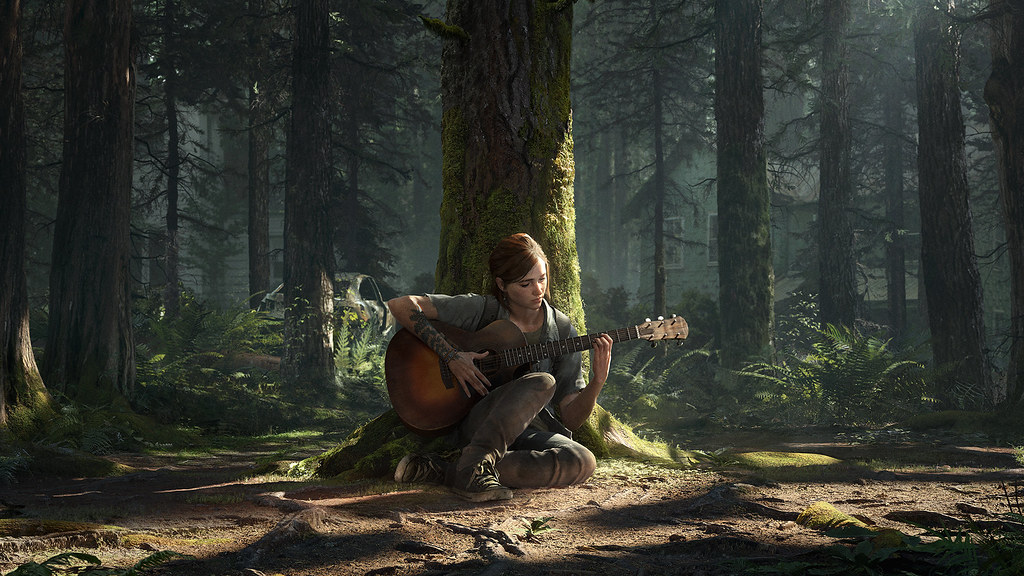 The Last of Us is considered one of the best video game tales ever created, so the storytellers at Naughty Dog had a tough act to follow. That’s what makes this ambitious, nuanced, and subversive sequel even more impressive. From old obsessions that possess Ellie, to newcomer Abby working through her own issues, The Last of Us Part II is compelling from beginning to end. Credit also goes to the masters of storytelling at Sucker Punch, Insomniac, and Square Enix.

Best Use of DualSense

From the scraping sensation of skating across ice, to detecting subtle pit-pats of rain on an umbrella, to feeling the resistance of a coiled spring, Astro’s Playroom put the DualSense wireless controller to work. Voters noticed in a big way, earning the game a Platinum trophy. Marvel’s Spider-Man: Miles Morales, Call of Duty: Black Ops Cold War, and Demon’s Souls round out the winners with Gold, Silver and Bronze trophies respectively.

Accessibility in games has always been important, but teams like Naughty Dog, Sucker Punch, Insomniac, and Ubisoft built in new features this year that ensure their games can be played by as many gamers as possible. Congrats not only to these winners, but also to everyone who is able to enjoy these titles as a result of the teams’ efforts here.

Naughty Dog is renowned for creating games with a mesmerizing level of detail, and The Last of Us Part II is the team’s most technically impressive feat yet. Swivel the camera around while Ellie grapples with an enemy, and you’ll see her grimacing with effort. Position Abby next to a steep ledge and experience her wobbly tunnel vision as acrophobia settles in. 2020 was a great year for stunning games, including interpretations of ancient Japan, Marvel’s New York City, and the dark fantasy world of Boletaria.

Sucker Punch’s lavish attention to detail meant its open world samurai epic never missed a chance to impress. From that title drop sequence to the twisted reimagining of its world with the Legends multiplayer mode, Ghost of Tsushima demanded frequent use of its Photo Mode. It, as well as the other winners in this category, was a perfect excuse to familiarise yourself with the PS4 Share and PS5 Create buttons.

The Last of Us Part II snags yet another Platinum Trophy in our GOTY Awards. Yet all four winners here highlighted the diversity of this year’s soundtracks, perfectly capturing the soundscape of historical adventures, modern day heroics, near-future horrors and fantastical cities. Whether propelling the on-screen action or being enjoyed in isolation, these scores were worth putting on repeat.

Naughty Dog’s achievements with the audio of its acclaimed sequel isn’t limited to that captivating soundtrack. The intricate work of the game’s sound design – perhaps showcased best by the staggering complexity of its breathing system – added essential details to make this world feel fully realised. A ragged breath; the cocking of a rifle; metal grinding, the howl of an Infected. All immersed us that much more in The Last of Us Part II.

Activision’s sick combo of publishing incredible remakes continues, and THPS 1 + 2 is the latest trick in that chain. Developer Vicarious Visions has refreshed the skaters and locations we know and love, while retaining the precise-yet-accessible control scheme that made the series famous. While the Birdman kickflipped over other sports game competition, respect is due to EA, 2K, and Codemasters for their excellent releases.

While 2020 saw the introduction of an impressive roster of charismatic new characters to gaming, Miles Morales swung to the top of this particular poll, no doubt influenced by Insomniac’s heartfelt, original story centered on Miles becoming his own Spider-Man. Jin, Abby, and Eivor took home the Gold, Silver, and Bronze Trophies, respectively.

Abby (The Last of Us Part II)

Uproarious, everyone-for-themselves moments made Fall Guys a genuine phenomenon earlier this year, so it’s no surprise to see these bouncy be-chickened beans at the top of the list. Fellow PlayStation Plus titles Bugsnax and Worms Rumble round out the Gold and Silver winners, while Skater XL’s unique approach to trick controls earned it a Bronze trophy.

Gaming Moment of the Year

The Last of Us Part II: Final Showdown

Steadily roiling conflict builds to a dramatic crescendo in Naughty Dog’s bold, stunning sequel. No spoilers here, but the emotional turmoil and memories that the leading characters bring to this climactic showdown is so white hot that it demands full attention. Other best moment kudos go to galloping through the fields as Jin and feeling the immersive magic of the DualSense controller.

The allure of (virtually) climbing inside iconic Starfighters made Star Wars: Squadrons an irresistible PS VR experience. Turns out, screaming past asteroids and evading 360 degree enemy fire while packed into the confines of a cockpit really sticks with people! Gold, Silver, and Bronze Trophies went to Marvel’s Iron Man VR, Dreams, and The Walking Dead: Saints and Sinners.

The Walking Dead: Saints and Sinners

PS4 Game of the Year

PS5 Game of the Year

Marvel’s Spider-Man: Miles Morales made a name for itself in this year’s GOTY polls, taking home more reader-voted awards than you can shoot a web at. It even bested fellow PS5 launch titles Demon’s Souls, Assassin’s Creed Valhalla, and Astro’s Playroom to secure the coveted Platinum Trophy for PS5 Game of the Year — congratulations, Insomniac!

The mere confirmation of a new God of War was enough to get ma4g.com voters (and staff!) hyped and eagerly awaiting new information. The powerful lineup of Horizon Forbidden West, Resident Evil Village and Final Fantasy XVI proves the future looks bright indeed.

Studio of the Year

Following up one of PlayStation’s in our site ,most acclaimed games was no mean feat, yet Naughty Dog carried it off with aplomb. Every inch of The Last of Us Part II – story beats, set pieces, character animation and so much more – spoke of a development studio at the top of its game. You clearly agreed. Strong acclaim as well for the fantastic work of Insomniac Games, Sucker Punch and Square Enix, who earned Gold, Silver and Bronze Trophies respectively.