The beta promises a variety of different-sized maps, modes, and “Progression experiences” that go beyond the “Core 6v6 experience.” 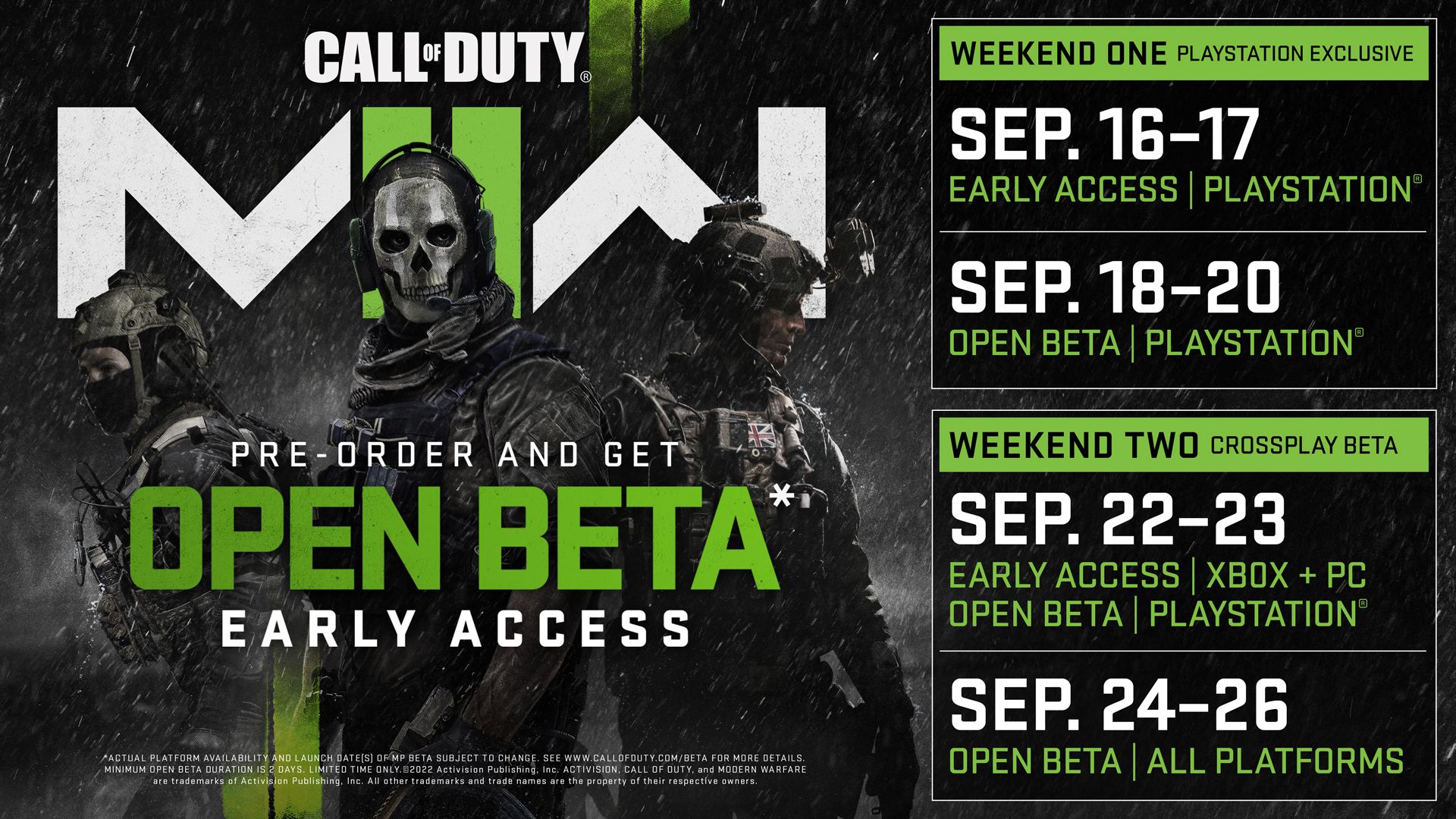 In addition to Call of Duty: Next on September 15th, Infinity Ward confirmed a start date for Call of Duty: Modern Warfare 2’s multiplayer beta (previously rumored for mid-to-late September). It runs from September 16th (10 AM PT) to 17th for PS4 and PS5 players who pre-order the game digitally, at retail or from beta codes that provide the same. The open beta will be free for all PlayStation players from September 18th to 20th.

From September 22nd to 23rd, the open beta returns for PlayStation players while PC and Xbox players who pre-ordered gain early access. The open beta will then be available for all platforms from September 24th to 26th. While PlayStation Plus isn’t needed to play online for PS4 and PS5, Xbox One and Xbox Series X/S players will need Xbox Live Gold. Of course, PC players either need a Steam or Battle.net account.

The developer says the beta includes a “robust multiplayer experience going beyond the Core 6v6 experience with a variety of meticulously designed maps of various sizes, and an equally impressive set of Modes, Progression experiences, and other aspects that will be more thoroughly revealed at Call of Duty: Next.” In the meantime, one of the confirmed 6v6 maps is the Marina Bay Grand Prix, an urban race circuit. Check out the flythrough video below.

Playing the beta also provides in-game rewards for the full game when it launches. If you pre-ordered the Vault Edition, then all of the Red Team 141 Operators and the FJX Cinder Weapon Vault will be available to use in the beta.

Call of Duty: Modern Warfare 2 launches on October 28th for PS4, PS5, Xbox Series X/S, Xbox One, and PC. Call of Duty: Warzone 2.0 is slated for later this year and will receive new details at September’s showcase.

Kimberly combines ninja techniques and spray paint for colorfully stylish combos while Juri unleashes a flurry of kicks upon her foes.