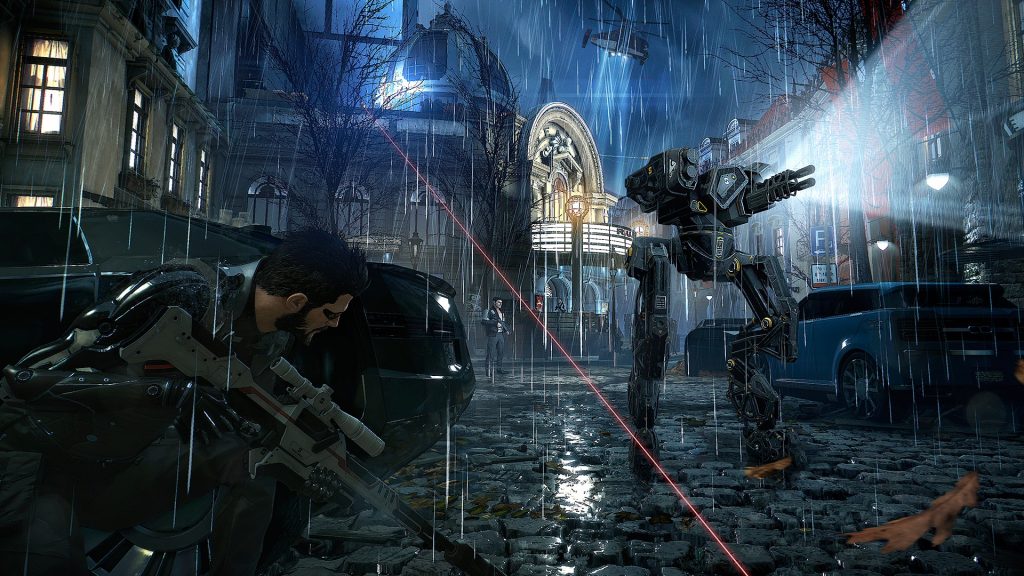 Eidos Montreal is fresh off Marvel’s Guardians of the Galaxy, so it’ll be a while yet before the studio is ready to talk about what its next project is, but as is always the case, there’s a sizeable contingent of people out there who’ll be hoping that a return to the Deus Ex franchise is in the cards. Recently, journalist Jeff Grubb reported that Eidos Montreal was indeed considering making another Deus Ex game to “do what Cyberpunk 2077 couldn’t do”- but if that is indeed the case, it’s still apparently going to be quite a while before that materializes.

Posting in a ResetEra thread about the aforementioned report, journalist Jason Schreier warned fans to “keep expectations in check”. According to Schreier, Eidos Montreal’s next game is apparently a new IP (at least based on the fact that that’s the project that’s farthest along in development right now), which means a new Deus Ex game is a ways off.

“Keep your expectations in check. The game furthest in development at Eidos Montreal right now is a new IP,” Schreier wrote. “If they release a new one Deus Ex it won’t be for a very, very long time.”

Eidos Montreal is still owned by Square Enix, of course, but later this year, it will be among several western Square Enix studios (alongside their IPs) to be sold off to the Embracer Group.

Interestingly, earlier this year, the Embracer Group said that it would consider developing remakes, remasters, and spinoffs for newly acquired Square Enix properties. A ground-up remake of the original Deus Ex is surely something series fans would be desperate for. Here’s hoping that actually happens.