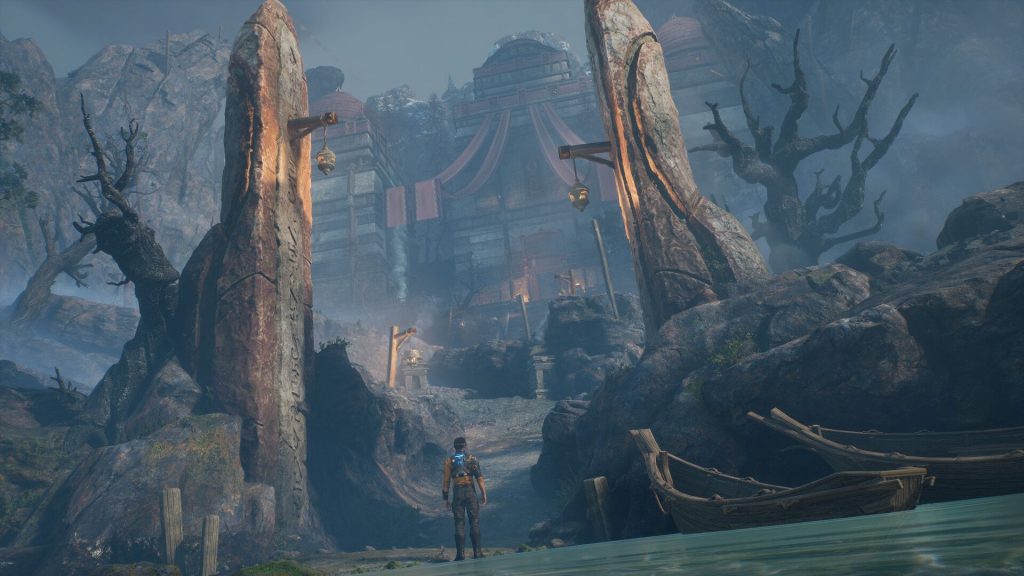 THQ Nordic has released a new trailer for its upcoming shooter Outcast 2. The trailer is set to be part 1 of the A New Beginning line of trailers, with the first one being titled Legend of the Ulukaï. Check it out below.

The trailer places a lot of emphasis on the open-ended nature of Outcast 2, showing off some of the player’s capabilities, including flight. The trailer also gives us a glimpse at some of Outcast 2‘s gorgeous locales.

We also get a look at some combat in the new trailer, including weapon customization through the use of modules. These modules seem to change minor properties of weapons, such as fire rate and damage, alongside providing a major effect, such as making projectiles shot out of the gun automatically seek enemies.

Outcast 2‘s combat seems to revolve quite a bit around the player’s movement abilities, such as the previously mentioned ability to fly, as well as using a holographic shield to bash enemies.

Outcast 2 is coming to PC, PS5, and Xbox Series X/S. It doesn’t yet have a release date.