Learn more about the zombie-slaying action RPG, from the use of elements and weapon customization to various ability cards. 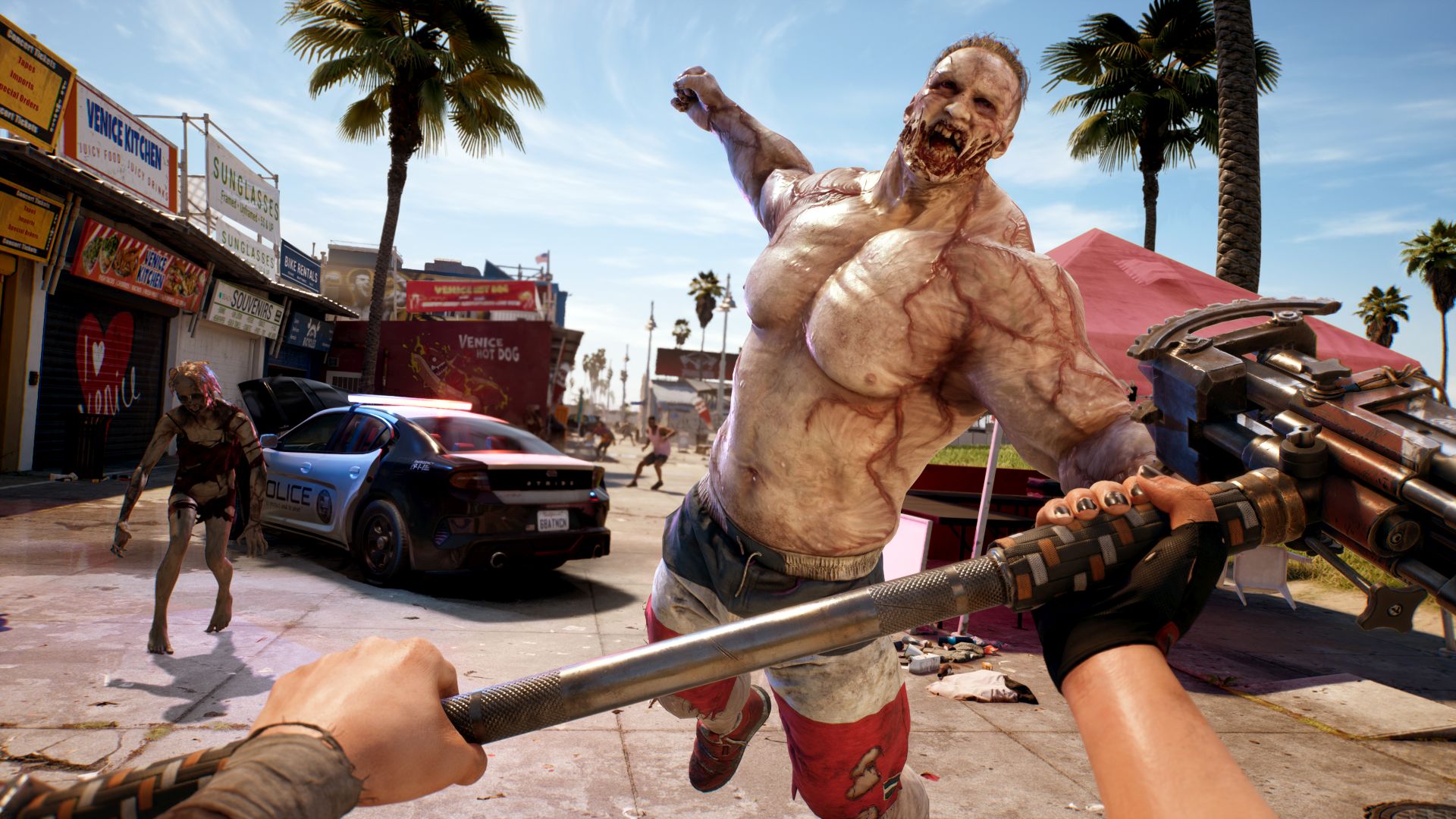 Dead Island 2 re-emerged at Gamescom Opening Night Live, following years of development purgatory, rumors and leaks on Amazon. Helmed by Dambuster Studios, it sees players slaying zombies in Los Angeles (referred to as Hell A), fighting for survival. In a hands-on preview by IGNvarious new details were revealed.

Although development started with YAGER before moving to Sumo Digital and finally Dambuster, the current team has built its version of the sequel from scratch. There are six playable characters, each with distinct personalities and support for three-player co-op. The combat is fairly bloody, which is accentuated by Fury Mode.

Fury Mode occurs due to the main cast suffering from zombie infection but allows for unleashing powerful attacks (like ripping zombies apart bare-handed). The Fully Locational Evisceration System for Humanoids or FLESH enhances the gore. Zombies are procedurally shredded with each attack, resulting in chunks flying all over the place.

In addition to dodging, kicking and jumping, players can also use throwable weapons like grenades, shurikens, bait bombs, and so on. A Stamina system is present, but it’s noted to be generous, and you won’t be stopping every few seconds for a breather. Even the elements help enhance combat with oil ignited by fire (which can be doused by water), water conducting electricity and so on.

Some zombie corpses have gas canisters and water bottles so it’s easy to add both elements into combat. In addition to the usual zombies, players encounter bosses like Butcho, who has sharp arm bones that pin players down like spears. You’ll also need to constantly hound him to prevent HP regeneration via the many corpses around the boss arena.

Like the first game, you can upgrade weapons in several ways like adding blowtorches to an ax for fiery strikes, and electric claws. But more interesting is the character customization, which depends on cards in a Skill Deck. Each offers different traits, buffs and abilities for one’s character, and is reshuffled to change your build.

The preview notes that much of this will feel familiar to those who have played the previous game (along with Dying Light 1 and 2). Dead Island 2 is out on February 3rd, 2023 for Xbox Series X/S, Xbox One, PS4, PS5, PC and Google Stadia. Stay tuned for more details in the coming months.