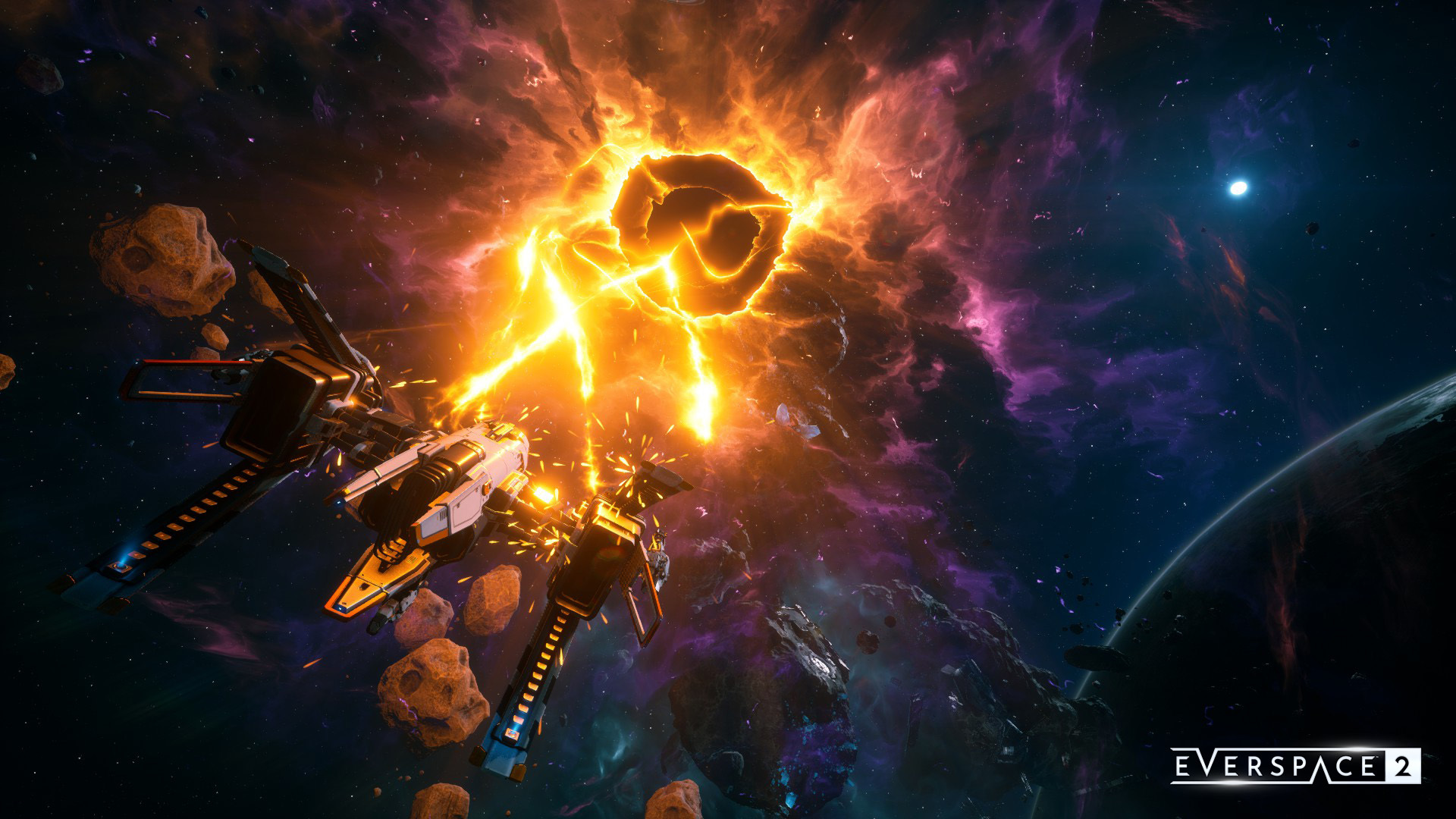 A space combat title Everspace 2 has received its final early access update, Ancient Rifts, on PC. Developer Rockfish Games also confirmed that version 1.0 would release in early 2023 for Xbox One, Xbox Series X/S, PS4, PS5, and PC while also being optimized for the Steam Deck.

Michael Schade, co-founder and CEO of Rockfish Games said, “We envisioned Ancient Rifts to bring back some of the crazy mechanics and challenges and that ‘one-run-more feeling’ of the first. Everspace our space game fans loved it. We can’t wait for the day when Everspace 2 version 1.0 drops, which offers a unique mix of high plasma gameplay, deep space exploration, lots of activities, and an exciting campaign set in a stunning zero-G environment.”

As for the Ancient Rifts update, it’s essentially a way for players to improve the difficulty during playthroughs. When opening a rift, you can select different modifiers while traveling to the next stage. Along with better looting, there is more chance for Legendaries to drop. Don’t rely on hiding behind asteroids to survive – you’ll need to kill enemies quickly and maintain a Resolve score while making sure your body integrity doesn’t reach zero.

Other content in the update includes new jobs, distress signals, puzzles, and side quests in Union and Khaït Nebula. Racing events have also been revamped, and you now upgrade the Bomber to the Titan while the Gunship can become the Dominator. New Outlaw units, the Raider and Tormentor, and a Front Shield Generator that can reflect shots, convert blocked damage into energy for weapons, or shields that automatically point at the nearest enemy , have also been added.

If that wasn’t enough, the level scaling has changed so that enemy levels are now “tied to world progression.” As a result, players can level past their enemies. For more details, check out the full patch notes here.