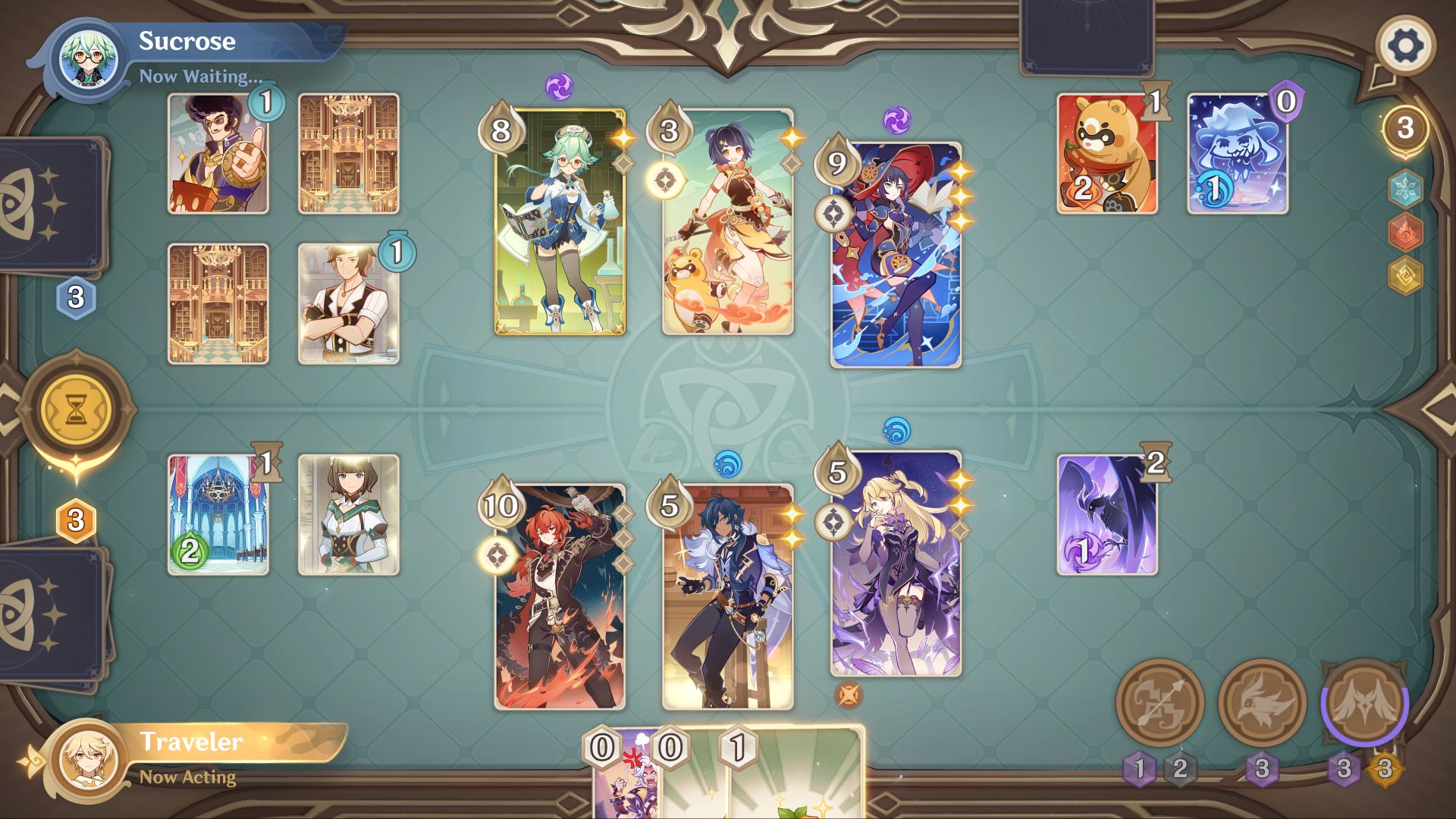 Free to play RPG Genshin Impact is getting a new update on December 7th with Version 3.3 “All Senses Clear, All Existence Void.” It has already been confirmed to include news focusing on the Wanderer, who is joined as a new player by Faruzan. But a new trading card game will also be added.

Genius Invocation TCG allows players and NPCs to compete and reveal Character Cards with basic Attacks, Elemental Skills, and Elemental Bursts. Changing Character Cards can trigger Slow Data and prompts for Action Cards. However, they use Elemental Dice to roll at the start of each round. After defeating various NPCs, you can get more cards and Dynamic Skins.

Version 3.3 also has a new special season, “Akitsu Kimodameshi,” where one gets to enjoy “brick-breaker” games with Arataki Itto. Then there is “Across the Wilderness” which includes the collection of Wilderness Balloons at the appointed time; Windtrace, a stealth game; and Misty Dungeon, which returns as a challenge.

Stay tuned for more information on the update and its features in the coming days. Genshin Impact available for PS4, Android, iOS, and PC.