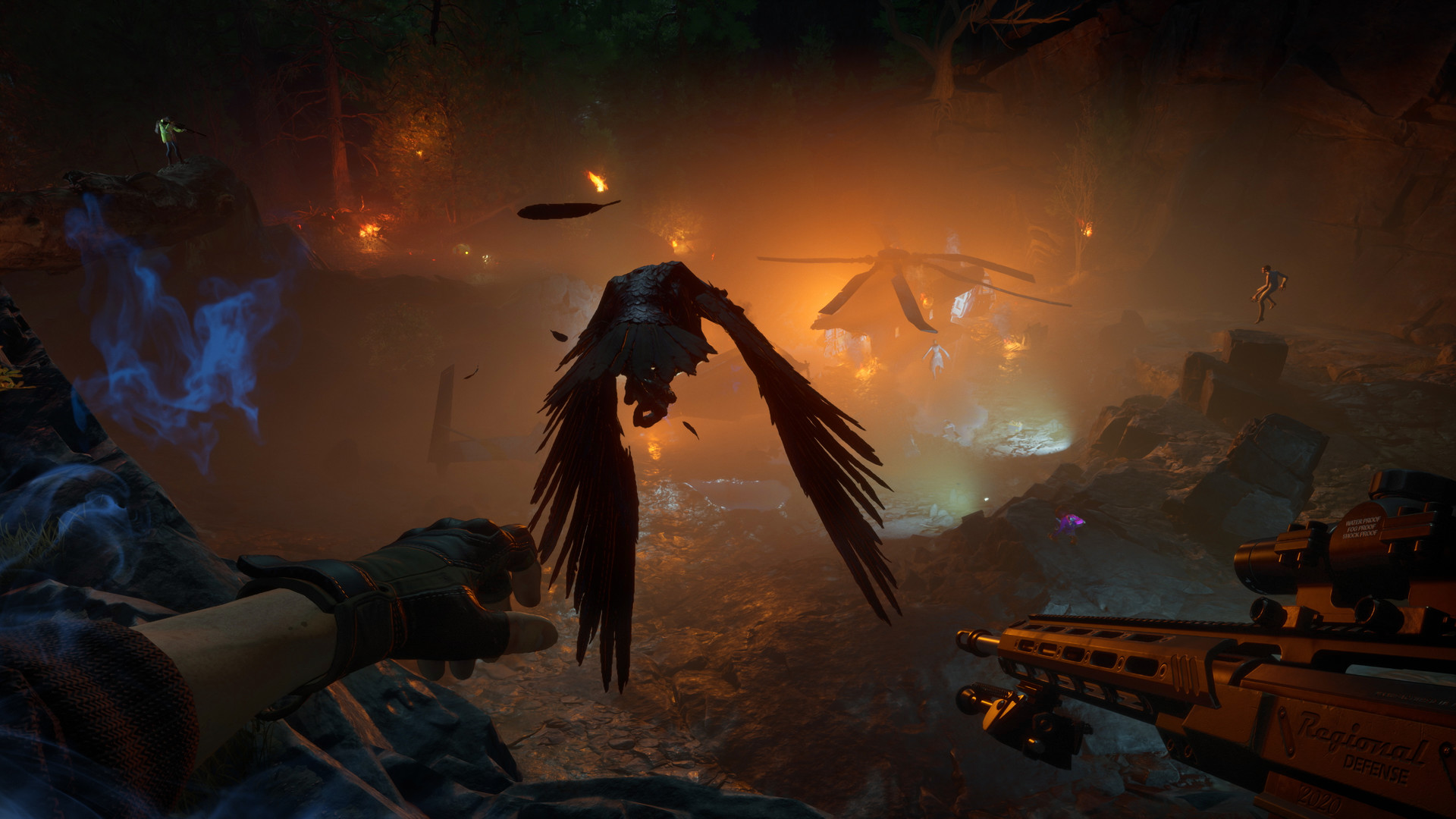 Bethesda, Arkane Studios, and Microsoft wrapped up the recent Xbox and Bethesda Developer_Direct with an expanded new look at Redfall.

The gameplay demo showcases various locations in the open world environment, including safe houses where players can interact with NPCs and collect new missions. We, of course, also got to see plenty of combat gameplay, with players taking on several different types of vampires with unique abilities.

The feel of the game definitely stands out, and has a real horror feel to it – which, of course, Arkane has been known to excel at, as Prey players will tell you. Different player abilities are also introduced, such as being able to temporarily become invisible.

Arkane has also revealed new details on optional content that can be found throughout the open world, with the gameplay demo showcasing a mission set in a brewery and showing how players can approach missions in a number of different ways, depending on who you play and what abilities you have. Suffice it to say, Arkane’s DNA is clearly visible here, even if the game looks much more action-oriented.

The demo also touches on side activities that focus more on supernatural elements, such as vampire nests, which will offer unique challenges each time you take them on and task you with destroying their hearts in battle against large forces of enemies. Once that’s done, you’ll have to escape before it crashes. Other “psychic spots” are also found throughout the titular island Redfall.

Check out the gameplay video below for more details on the open world structure, weapons, boss fights, and more.

Arkane, Bethesda, and Microsoft have also announced a release date for the open world shooter. True to recent leaks, Redfall launches on May 2 for Xbox Series X/S and PC.